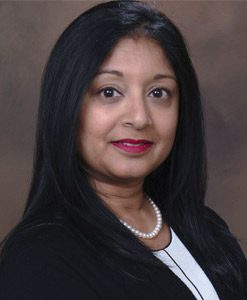 Manju Kalidindi is the Founder and Principal Attorney at the Law Offices of Manjula Kalidindi, P.A. The firm is dedicated to the practice of Immigration Law exclusively. She represents foreign nationals who are seeking employment based visas; family-based immigrant petitioners, and corporations seeking to hire temporary foreign workers.  She accompanies clients to immigration interviews for residency and citizenship. She also prepares visa applications for deferred action and for victims of abuse and crimes.

She is deeply committed and involved in the community in which she lives and works and believes that we can all make a difference for the better when we choose to serve something higher than ourselves.